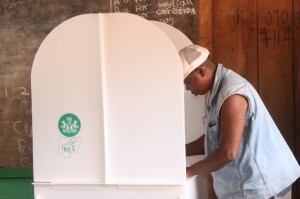 With the comprehensive defeat of the bragging incumbent Governor of Imo State, Ikedi Ohakim, the electioneering curtain was drawn on the 2011 General elections. How the elections went still remain a matter for personal conviction, but on the whole, it has been adjudged the freest and most credible elections ever held in Nigeria, eventually laying to rest the record set by the June 12, 1993 elections that produced Bashorun MKO Abiola as the presumed winner.

Many things are quickly noticeable about how this exercise went and about the issues it threw up. Many of these issues are positives and give a lot of hope that Nigeria is on the road to rebirth in our national life. Let us now look at some of these positives in detail:

Before now, the general opinion was that votes do not count in Nigeria. People, due to experiences of the past, had the preconceived opinion that “they already know who will win”. For that reason they stay home and not vote and allow the ignoble politicians have a field day stuffing ballot boxes with pre-thumbed ballot papers. That was not allowed to happen this time around. Civil society groups, religious leaders and institutions, youths on social media, and the popular uprisings in the Middle East raised the level of awareness of the people. The electorate now found its voice, it found belief that it can force change, that it can demand for accountability from its leaders and it can by its sheer number withdraw the mandate given to such leaders and give it to another to go represent them. This level of awareness and determination has not been seen in the Nigerian in a generation. Non-performing governors and assembly members fell left, right, and centre, including the ones who boasted that the rigging and intimidation structures they have on ground will outlast the people in the streets chanting for change.

Unlike the elections of 2007, the Independent National Electoral Commission was allowed to work as a truly independent entity. At the top, it was led by a man of noble ideals, a man who valued his name above all the wealth he could have left for his generations unborn, a man who was out to defend his constituency, the academia, who it’s shameless, and greedy member Professor Maurice Iwu, the former chairman, had led down the road to perdition. Even under fierce criticisms for the sloppiness the Commission exhibited at the beginning of the process with the postponement of the House of Assembly elections, the Commission still rose up to the occasion and portrayed transparency and good faith throughout. It didn’t allow the bad eggs within to sidetrack it; it forged on and on and delivered as was expected of it at the beginning of the process. INEC served as a viable partner to the people in their determination to bring about change and true democracy. 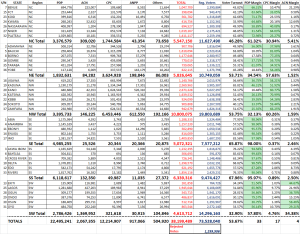 The winners and losers were voted in or out due to proven track records and non-performance. Alao Akala, Ikedi Ohakim, Dimeji Bankole etc where all given the sack by the people for abysmal performance and mismanagement of the wealth of their States or Constituencies. On the other hand, Babatunde Fashola, Rotimi Amechi and the likes were returned and asked to continue the good work they had started for another 4 years. That was true democracy in action, not the charade of 2007 which the judiciary tried so hard to correct. Party affiliations where left in the background while choosing these leaders. In areas where a certain party performed the people analyzed its candidate and made a judgment on his suitability and duly returned him or her, and in places where the incumbent’s or the hopeful’s political party had been adjudged to be non-performing, the people simply affirmed their desire to have both kicked out of office or not even allowed in to begin with. Nothing beats that.

Considering the fact that this past election was the people’s election, where millions of Nigerians defied rain and shine, exhibited courage in the face of the threat of danger from bomb blasts, thugs and the likes, and came out to vote in or out leaders, as the case required, then the members of the political class should expect a people that will be out to demand accountability, transparency, and true service from them. The danger of not delivering on campaign promises is simply a much more energized, educated, and determined electorate voting them out at the nearest possible time. Things have taken a different turn. Gone are the days when an Ikedi Ohakim will get on CNN and pay for fancy 3D adverts while in reality he has been busy scamming the people, gone are the days when Goodluck Jonathan will continue to promise Nigerians 400Megawatts of power and uninterrupted electricity without stop, gone are the days when a Dimeji Bankole will utter total balderdash and feel the people are too docile to raise an eyebrow. This is the new Nigeria, the Nigeria where the people will not hesitate to gang-up and kick you sky high if you do not perform.

This is a time to be proud of Nigeria, a time when we should wear the cloak of patriotism and nationalism and rally round to get us firmly on the road to true greatness, greatness which has been derailed, but which remains our true destiny.